scroll down for types of safe litters
[ Tablet users, try the "web" version by clicking on "web" at the bottom of this page for a better, user-friendly format. ]
Litter training a rabbit is much simpler than one may think. A fixed rabbit will practically train himself. Simply providing the proper set up (and avoiding an improper one) should be all that is needed.

Let’s begin with an understanding of a “proper” set-up. It is important that during training the remainder of the cage outside the litter box be solid flooring with no loose bedding, blankets, bed mats, carpet, or anything else soft. Rabbits love to pee on soft surfaces, so having other bedding elsewhere in the cage only confuses bunny as to where to potty.

It is also a good idea to place the litter box in a secluded area of the cage. Rabbits tend to prefer that. If your rabbit prefers to potty in a different location, he will let you know. If he chooses a different area, simply move the box to that location. So try to not be too set in how you’d prefer the cage to be arranged. Bunny may decide that for himself.
​
The photo series below shows the basics of a proper litter set-up: a roomy box, good litter, and hay. For much more detail on this set-up, check the page for an odor-free home.
click HERE for tips on having an ODOR-FREE HOME

It has been my experience that bunnies like to have a somewhat secluded area in which to have their litter box. The example photo at the top of this page shows how the shelf over the box provides this. From bunnies' perspective, it provides a 'safe,' secluded area in which to enjoy their hay at leisure. Consider this when deciding where to place your rabbit's litter box. Doing so will lessen the likelihood that bunny will choose a different corner in which to go. 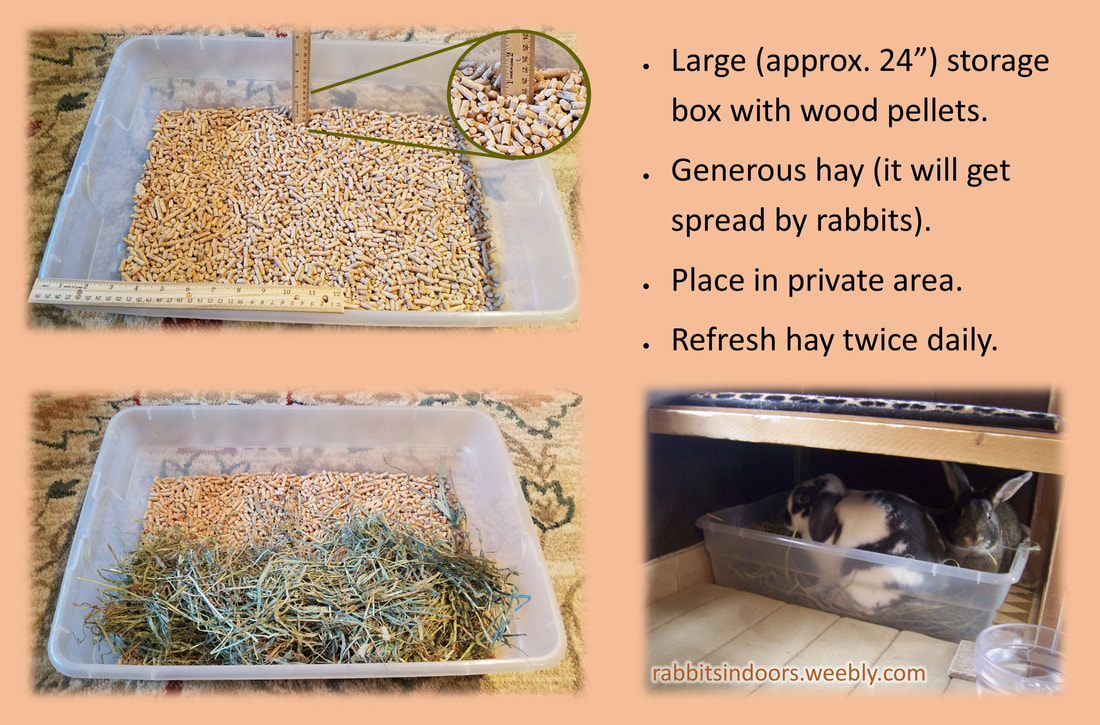 If using paper pellet litter (rather than wood pellets), put a thicker layer down (2" or more) for better odor absorption. The wood pellets expand and absorb more so that less is needed.

What litters are safe? 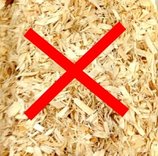 There are a number of cat litters than can be harmful to rabbits:

Any clay, or clumping litters are dangerous.
Dusty litters are out.
​No corn cob litter.
Don't use anything that is 'scented' or aromatic.
Pine & cedar shavings are best avoided as they emit harmful phenols. (Aspen shavings are safe.)
​ 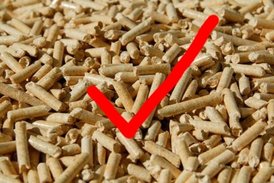 Pellets of wood are safe and absorbent.
Recommended are wood pellets (including Feline Pine pellets, different than shavings), the paper-based pellets (like Yesterdays News* Unscented), or loose paper bedding like Carefresh or Kaytee Clean & Cozy (w/out baking soda or wood shavings).
​
For economy, many owners have resorted to plain wood pellets. Such pellets are made as horse bedding or as fuel for wood stoves. Just be sure there are no accelerants in the pellets. (Pine pellets are considered safe because of the process used to make them. It is the pine or cedar shavings that are harmful unless kiln-dried.)

All of the recommended litters I have used. My personal preference is the wood pellets. Not only are they the most cost effective, but seem to do the best job of odor control. Petco has their own brand of paper-based pellets comparable to Yesterday's News*. Either of those would be my 2nd choice. Carefresh is popular for its selection of colors. I find that it may stick to bunny's fur and is easily tracked out of the litter box and cage. Use whatever you like best, provided you avoid unsafe litters.

*Yesterday's News also makes a loose paper litter (not pelleted) that is a clumping litter. This should be avoided as any clumping litter is a danger to rabbits.

The process of litter training: 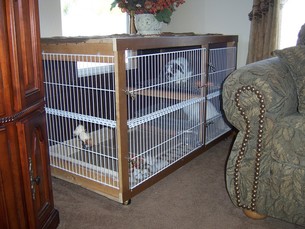 Once a proper litter box is set up, training can begin. Simply confine bunny to the cage with his litter box. It really can be that simple.
​
Initially, don’t worry about stray poos in the cage. Keep an eye out for urine piddles. Any urine accidents should be quickly wiped up. The urine soaked paper towel can be placed in the box under some litter (so bunny can smell it).
​
If your bunny is particularly stubborn and continues to urinate in another spot even after several days, then move the litter box to that spot. If he’s urinating in both the box and another spot, get a 2nd litter box for the other spot. As he becomes a pro at keeping his urine in the litter boxes, it shouldn't be a problem to remove a box later on.

A note on poos

If your rabbit is new to the cage itself, it is typical for him to purposely leave poos scattered about the cage floor. This is how a rabbit claims his new territory. If those poos are too quickly swept up, it will only encourage him to leave more. So don’t worry about the scattered poos.

​The next step – letting bunny out of the cage: 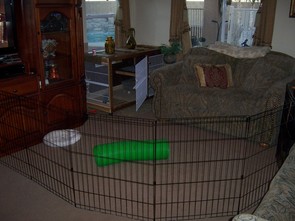 Once your rabbit is consistently using the litter box, it is time to slowly expand his roaming area.  Block off an area surrounding the cage so that the cage door can be open to a limited area. An exercise pen works well for this. The goal here is to ensure that he can easily find his way back to the litter box. (Again, expect stray poos in the new area. He's marking his new, expanded territory). As he consistently returns to the box to urinate, then the area can be gradually expanded. If he urinates outside the box (and he's fixed) then he needs more time confined in his cage until he gets the hang of going potty in his litter box.
​
As long as bunny doesn't urinate while outside his cage, he is doing well -- even if you don't see him return to his box to use it. The fact that he's not going elsewhere is what's important.

Letting bunny roam outside the cage before he is trained.

​This may seem obvious, but some new owners are so anxious to interact with their new bunny that they let him out to play too soon. It doesn't take long for bunny to piddle somewhere and that simple piddle can set the training process back by weeks or longer. That urine smell, especially in carpet, is very difficult to remove to the point where the bunny can't even smell it. If he does smell it, he's likely to go there again and again.

Having an improper litter set-up.

​​If the litter box itself is too small, bunny is less likely to use it. The box should be inviting and roomy – a place bunny wants to go in.

If the hay isn’t easily accessible in the box, it won’t be inviting.

If there is soft bedding of any kind elsewhere in the cage, bunny may prefer that area in which to potty.

Leaving urine on the cage floor.

Bunnies like to potty in the same place. If one area smells like urine, that will be where he’ll want to go again. Be diligent in cleaning up any urine promptly.

Offering too much roaming space too soon.

​Granting too much space too soon is a common cause for training accidents. So be conservative when deciding when bunny can gain the freedom of a larger space.

Those who start off with an intact baby may be in for a difficult journey.  To the surprise of many people, young rabbits are considerably more difficult to train than post-hormonal and fixed rabbits. Some babies may litter train, but often lose that habit when those hormones kick in.

Hormonal youngsters are unpredictable and can be extremely difficult or even impossible to train. Then when the piddle accidents begin, urine odors get in the wrong places. Once fixed, bunny may return to those lingering odors making training more difficult. If you have a young, intact rabbit – even one that seems to be litter trained - keep any roaming off of carpet and on solid (clean-able) flooring until he/she is fixed.

It can take a couple weeks after a female's spay or up to 6 weeks after a male's neuter before hormones are fully dissipated. Litter training works best after those hormones have fully subsided.