If you've reviewed the DECIDING page and the MYTHS page and
still feel that a rabbit is the right pet for you, congratulations!
Now comes the fun of finding where to acquire your new rabbit(s). 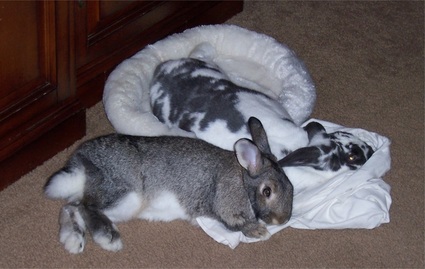 This is perhaps one of the top myths concerning rabbits. It is based on comparisons with other species (like dogs), but it just isn't true for rabbits. The innate personality of each individual rabbit is not going to be influenced in any significant way by human interaction*. (I am not referring to abuse.) A naturally shy rabbit will remain shy regardless of the amount of handling when a baby. In fact, too much handling might even make the behavior worse. Likewise, a naturally outgoing rabbit will remain outgoing - not because of interaction as a baby, but simply due to innate temperament.
Many are drawn to the idea of getting a rabbit as a baby based solely on this myth that early handling makes for a sweet rabbit. Experience tells us otherwise.
Everyone hopes their rabbit will have certain personality traits. But the personality of a rabbit isn't going to become evident until it approaches adulthood. Hormones also can play a role in that temperament. Since fixed rabbits are past the baby and the hormonal stage, their innate personality will be evident. This is why the best way to find those certain personality traits is to meet rabbits that are already fixed.

How and where to find the right rabbit

There was nothing wrong with the rabbit but rather lack of education on the part of the buyer before bringing a rabbit home.
In addition to the info below concerning baby rabbits, its good to be aware of another fact. Those young rabbits being sold in pet stores and backyards will undoubtedly seem like the sweetest, cuddliest, and most compliant little fluff balls. Understand that this is far from typical adult rabbit behavior (adult being 7 months of age). The babies will seem willing to be held and handled but this is temporary. Pay close attention to the list below of hormonal signs that occur roughly between 4 & 7 months of age and try to imagine your bunny behaving that way. Understandably, people cannot imagine such a sweet little fluff ball turning aggressive and mean. Countless times I've heard the same story by those who insisted on purchasing a baby, somehow convincing themselves that their baby would be different, that their baby would stay sweet. Save yourself the trouble -- especially if this is your first rabbit -- and find an already spayed or neutered rabbit to adopt. You can always consider a younger one later on, once you've become experienced by caring for a rabbit for several years. But for starters, do yourself and your bunny a favor and go with a fixed, rescued rabbit.

Below are a couple photos showing a page from the Pet Rabbit Handbook.
Further down are close-ups of the contents of that page with its flaps. 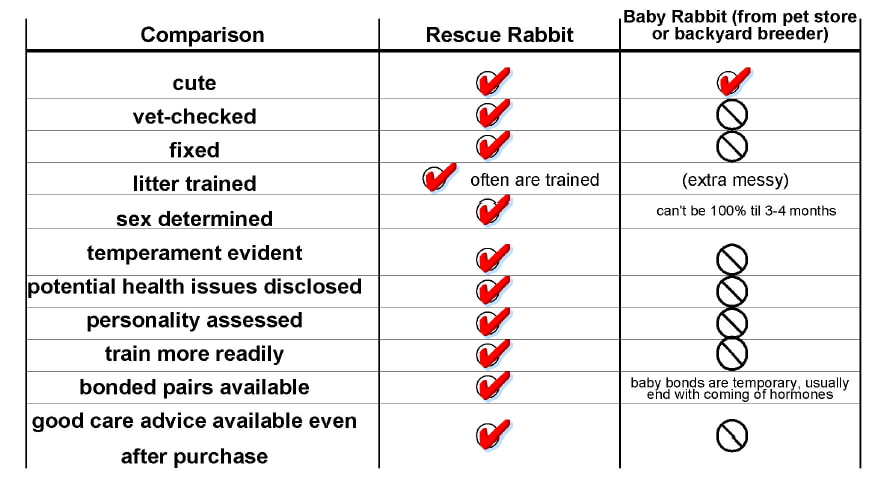 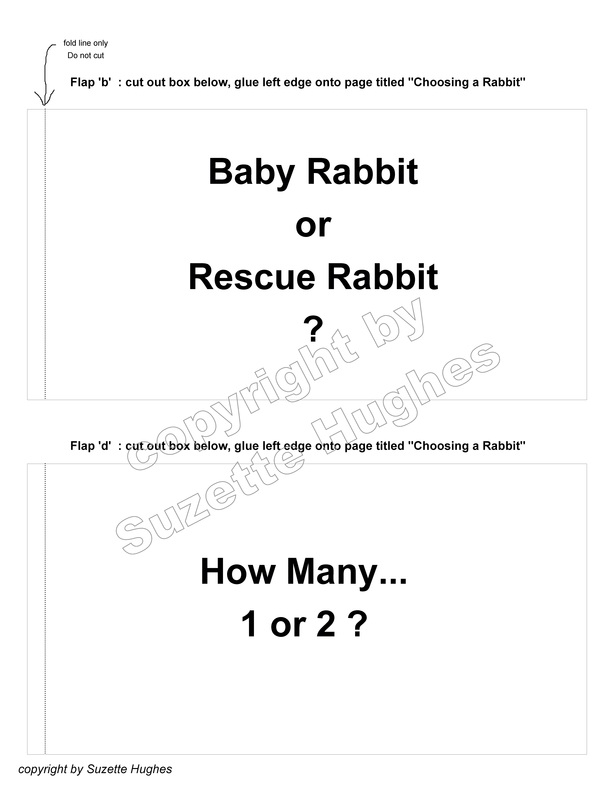 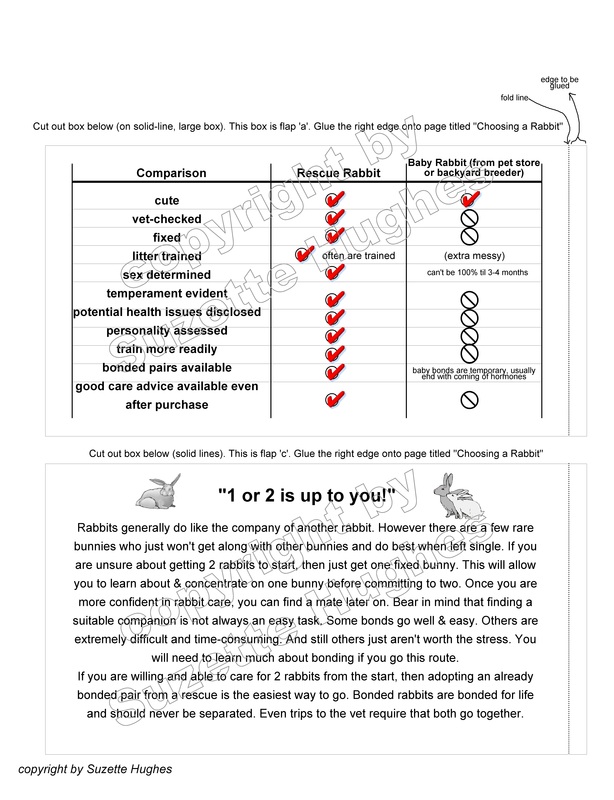 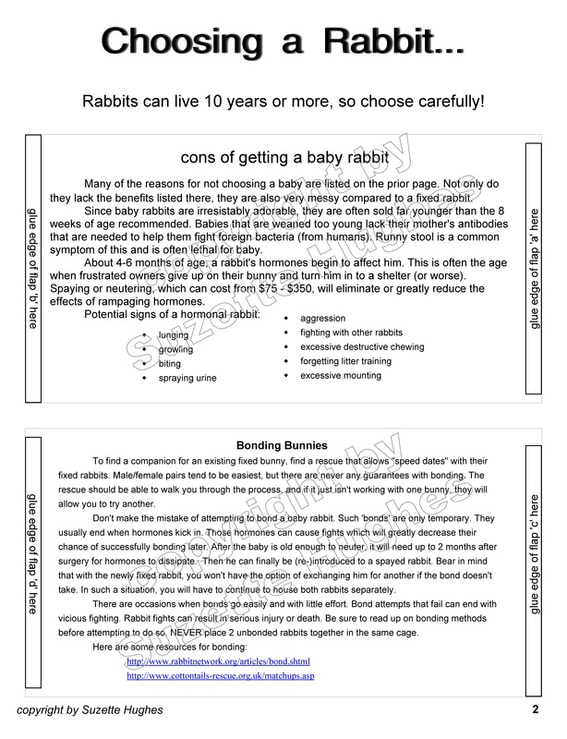 If you are looking into purchasing a pet rabbit, you may want to printout the PDF booklet for a complete summary of care. The pages above show the part of the booklet specifically about choosing a rabbit.